An imperfect set of production tests. they all lack

MAD LIBS is a short comedy was written by Vin Conzo, produced by Under The Radar Productions. David was Producer, Director and Production Designer.  Budget: ~$1,000 or so.  A reshoot of a previous attempt to film this lil gem.  This one got a  98% Funny on FunnyorDie.com while it was still up there.  Word on the street was even Ang Lee thought it was good, and was surprised it came from Maui. Shoots! 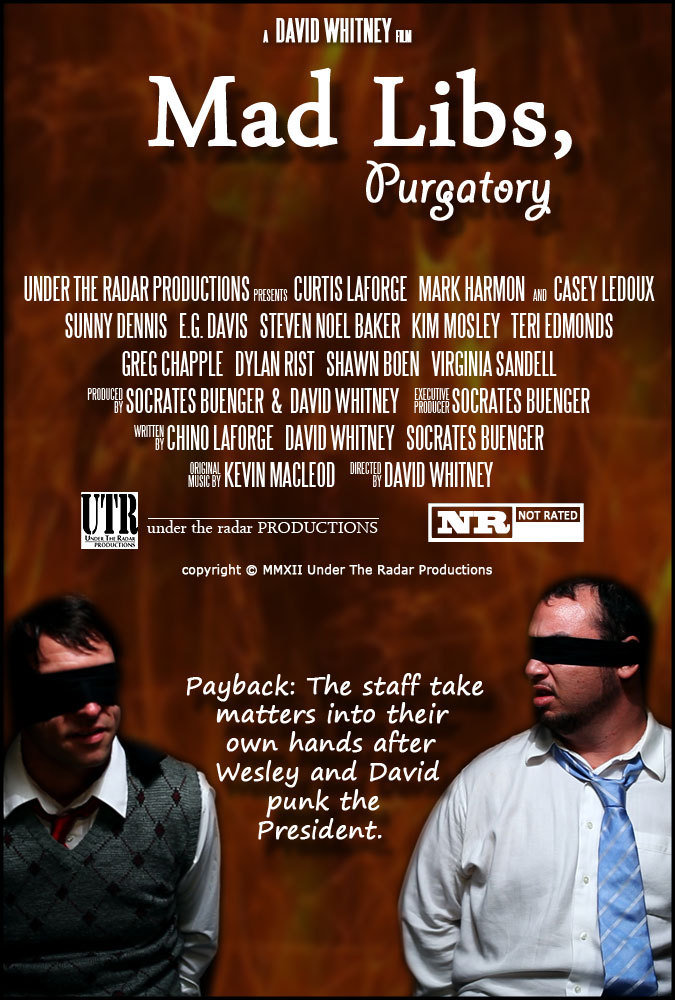 Mad LIBs PURGATORY
High on making the first Mad Libs,  the ensemble got to developing a sequel. With Chino LaForge, Mark Harmon, Sunny Dennis and the rest.

The 2nd installment of MAD LIBS, PURGATORY directed and co-written by David, was written, shot and edited in two weeks. It was intended become an on going web series with another 3 un-produced follow up episodes.

Every Story has a Beginning, Middle and End. This earlier test script seems to work as a final act to the MAD LIBs storyline.

THREE PAGE SUBMISSION,
written by Vin Conzo, features Chino and Mark. Intended as a rough test of skills and talents that led to this set of narratives, It was shot before MAD LIBS and never intended for the light of day.  Music added via Youtube enhancements – kinda works. David was designated cinematographer and Production Designer.